Professor of Public Policy and Sustainable Development
University of Bradford 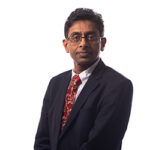 Prof PB Anand is Professor of Public Policy and Sustainable Development and also the Interim Head of the Division of Peace Studies and International Development. After gaining masters’ degrees from India and the Netherlands and working for over nine years in the civil service and later in a civil society advocacy organisation, Prof Anand gained his PhD in environmental economics from the University of Strathclyde, Glasgow and moved to the University of Bradford more than two decades ago as an academic. He has served as a consultant to the UNDP for several missions including for leading the Mongolia Human Development Report; as a technical expert for the Asia Pacific Human Development Report on climate change; and as a global expert on extractive economies and sustainable development. He served three terms as an elected Senate member, and four years as Senate representative on the Council of the University of Bradford. He has guest edited special issues of several journals including International Journal of Social Economics, Revue de Philisophie Economique, Telecommunications Policy, and Sustainable Cities and Society. He is the principal editor of The Handbook of BRICS and Emerging Economies (Oxford University Press, forthcoming November, 2020); and an editor of the New Frontiers of the Capability Approach (Cambridge University Press, 2018). He has been an elected Council member of the Development Studies Association; a Fellow of the Human Development and Capability Association and has given evidence to the All-Party Parliamentary Groups. At Bradford, he has been the co-ordinator of the Chevening leadership programme. He has been a recipient of the Vice Chancellor’s Outstanding Achievement award (2016); the Vice Chancellor’s Award for Excellence in Teaching (2017). He has been leading student-led activities for SDGs with various events organised including: SDG6 water and sanitation (2017); SDG2 food poverty (2018); and Virtual Sustainability Day (2020).

09:15
Parallel session 1: Socially conscious students: why and how we support the next generation
© World Technology Universities Network 2022