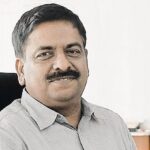 Prof. (Dr.) Kuncheria P Isaac assumed charge as the third Vice Chancellor of Hindustan Institute of Technology and Science (HITS) on 1st March 2018. Prior to joining HITS, he was the Founder Vice Chancellor of A.P.J. Abdul Kalam Technological University (initially Kerala Technological University), the Member Secretary of All India Council for Technical Education, Govt. of India and Director of Technical Education, Government of Kerala. He completed his Bachelors Degree in Civil Engineering from College of Engineering, Trivandrum (Third rank in the University of Kerala), obtained his Masters Degree in Transportation Engineering (Civil Engineering) from IIT, Madras (Gold Medalist) and Doctorate from Bangalore University. He has profound experience in the academic field spanning across 40 years. He began his career as a Lecturer in the Technical Education Department of Kerala and rose to the position of Director of Technical Education. Most of his career, he has served at College of Engineering, Trivandrum as a faculty member in the Department of Civil Engineering. His specialization is in the field of Transportation Engineering, he is also instrumental in establishing a Transportation Engineering Division at College of Engineering, Trivandrum. He is a leading Consultant and Researcher in this area of specialization. He has shown keen interest in collaborating and partnering with industries. He was involved in the process of manufacturing Sand-M Sand, an alternative to river sand. He was the coordinator of State Technical Agency for PMGSY scheme in Kerala. He has coordinated a large number of training programmes for the Engineers of Kerala in the Design, Construction and Maintenance of Roads. His research contribution comprises more than 50 publications in reputed national and international journals. He has coordinated several research projects and has produced five Ph.Ds. As Principal and Director of Technical Education he is instrumental in establishing the Centre for Engineering Research and Development in Kerala, Research Park at the College of Engineering, Trivandrum and several new initiatives for the development of Technical Education in the State of Kerala. As Member Secretary, he has implemented various new schemes for improving quality of Technical Education in the country. During his tenure he has been instrumental in establishing a regional office for Kerala and also accomplished the construction of four storeyed building within a short span of six months. The AICTE headquarters building in New Delhi at a cost of Rs. 150 Crores was also constructed under his leadership. He has served as a member of Boards of several National institutions like IIT, IIM, SPA, NITTR, CBSE, NIPER, NITIE, etc. As a Founder Vice Chancellor of A.P.J. Abdul Kalam Technological University, he has established the University on an e-governance platform and developed the academic curriculum with emphasize on Outcome Based Education and project based learning. Innovations and reformation of curriculum has been his forte and he was instrumental in formulating the Student startups policy. He had reformed the Engineering, B.Tech and Post Graduate courses during his tenure as the Founder Vice Chancellor of APJ Abdul Kalam Technological University. He is the recipient of Prof. M.V. Pylee Award for distinguished academician of India instituted by Cochin University of Science and Technology, Kerala and Sangama Grama Madhava Award from Govt. & Aided Polytechnic College Teaching Staff Association (GPTSA) Kerala.