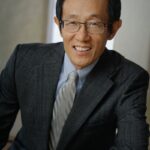 Dr. Rui Wang is the interim Vice-President Research and Innovation of York University while he has been functioning also as the inaugural Deputy Provost Markham of York University since August of 2018. He had been the Vice-President Research of Laurentian University in Sudbury for 2015-2018 and the Vice-President Research, Economic Development and Innovation at Lakehead University in Thunder Bay during 2004-2014. Dr. Wang was a Professor of Physiology and leader of both the Cardiovascular Research Group and the Cardiovascular and Respiratory Network of the University of Saskatchewan. Prior to that, Dr. Wang was a Principal Investigator from 1995 to 1997 at the Mount Desert Island Biological Laboratory in Maine, USA, and an Assistant Professor of Université de Montréal from 1993 to 1997. Trained in China as a medical doctor initially, he received a PhD degree in 1990 from the University of Alberta. Dr. Wang is an international leader in biomedical study of a group of small molecules of gas, known as gasotransmitters, a category which includes nitric oxide, carbon monoxide, and hydrogen sulfide (H2S). His research has been supported by Canadian Institutes of Health Research (CIHR), Natural Sciences and Engineering Research Council (NSERC) of Canada, Social Sciences and Humanity Research Council (SSHRC) of Canada, and the Heart and Stroke Foundation of Canada (HSF). Over the course of his career, Dr. Wang has received >$13M research funding, and published 280 peer-reviewed papers in leading scientific journals. His publications on H2S biology and medicine have received the highest total citations in this field in the world. He has been invited to give 165 lectures and keynotes around the world. To date, Dr. Wang has trained more than 125 graduate students, post-doctoral fellows, visiting scientists, and other research personnel.

11:15
WTUN: How can the collective deliver impact on Sustainable Cities and Communities?
© World Technology Universities Network 2022