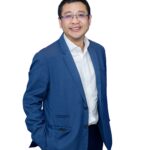 Dr. Yossapong Laoonual has recently served as an Assistant to the President for Sustainability, King Mongkut’s University of Technology Thonburi (KMUTT) Thailand. He is an Associate Professor at the Department of Mechanical Engineering, Faculty of Engineering, KMUTT. In addition he is also the Head of Mobility & Vehicle Technology Research Center (MOVE), KMUTT. He earned his first degree in Mechanical Engineering at Sirindhorn International Institute of Technology (SIIT), Thammasat University, Thailand. He continued his education and earned a master’s degree at the University of Manchester Institute of Science and Technology (UMIST), now University of Manchester, followed by Imperial College London to gain his Ph.D. in Mechanical Engineering. He has produced and contributed to several research papers in connection with the powertrain, alternative fuels and policy for sustainable mobility and road transport technology. During March-September 2015, he was an adviser for sub-committee on alternative and renewable energy, and energy efficiency under the committee on energy reform, National Reform Council, Thailand. Currently he is a member of sub-committee on the electric vehicle under Committee on energy, Parliament, Thailand. He was President of the Electric Vehicle Association of Thailand (EVAT) between Nov 2015- August 2020 which was officially established by groups of academic and industry experts, with strong supports from the Thai Government. He is one of the founding members and the First Elected President of EVAT. He is also appointed as an expert committee member on Thailand’s National Electric Vehicle Policy Committee. He is also on a subcommittee as an industry expert on regulatory issues related to the control of air pollution from motor vehicles under pollution control committee and national environment board of Thailand.