Director of Standards
BCS, The Chartered institute for IT 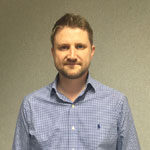 As Director of Standards Jeremy leads on the development and management of professional standards for BCS. These standards currently include the BCS-owned Chartered IT Professional (CITP) and Registered IT Technician (RITTech) as well as other licenced standards such as Chartered Engineer (CEng) and Chartered Scientist (CSci).

Jeremy has been at BCS since 2003 and has previously managed the development of some of BCS’ leading qualifications and managed relationships with key stakeholders in the qualification sector. More recently Jeremy led a number of high profile projects within the BCS Academy of Computing before moving on to the role of Director of Standards in August 2015.