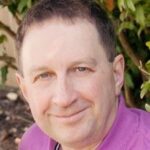 Paul Waller is pursuing research interests in the impact of information technology on politics, democracy, government, public policy design and administration, and public sector innovation. He is also undertaking research, advisory, and speaking engagements for international bodies, public authorities and companies. Formerly he was a UK senior civil servant working on policy development and delivery in e-government. Prior to leaving the civil service, in 2012 he developed and directed implementation of the Government’s ICT Capability Strategy. At other times in his civil service career, he led e-government work for the UK Presidency of the EU, including the development of European policy, and hosting the Manchester ‘Transforming Public Services’ ministerial conference. He has held a number of IT-related policy and strategy posts including being head of IT Management in the former Department of Transport, leading the Government’s Year 2000 policy and e-democracy policy, and directing a five-year national programme within the local government sector to transform front line public services to challenging and disadvantaged groups through the innovative use of ICT. He has acted as a Project Assurance Reviewer for high risk government projects and a Review Team Leader for major government policy initiatives. Paul was also a judge at the 2009 eEurope eGovernment Awards. He started his career in the telecommunications industry, leading an advanced technology group, moving on to be an IT industry analyst and managing director of an international IT consulting company prior to joining the UK Civil Service.