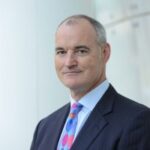 Professor Alec Cameron commenced as Vice Chancellor and Chief Executive of Aston University in September 2016. He previously held the position of Deputy Vice-Chancellor (Education) at the University of Western Australia from January, 2013 to August 2016. In this role, he led the University’s academic programs and the institution’s education mission. He oversaw the use of information technology, course structures, international activities, student recruitment and engagement, and relationships with key education partners. Prior to joining UWA, Professor Cameron was President of the Australian Business Deans Council. He was the driving force behind the Australian School of Business, after being appointed the School’s inaugural Dean in 2006, and overseeing its emergence from the integration of academic units at the University of New South Wales. Professor Cameron has also previously held the position of Deputy Vice-Chancellor (Resources and Infrastructure) at UNSW, and several senior corporate positions in the IT and telecommunications industry – including at Sun Microsystems Australia, Alcatel Australia, COMindico, and Telstra. A Rhodes Scholar, Professor Cameron holds a Bachelor of Science degree and a Bachelor’s degree in Electrical Engineering with First Class Honours. He also holds a University Medal from the University of Sydney, a Doctor of Philosophy degree in robotics from Oxford University, and a Master of Science degree in the Management of Technology from Polytechnic Institute, New York University. In December 2012, The Professor Alec Cameron Prize for Excellence was established at UNSW in recognition of his significant contribution to the institution and community.