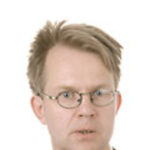 Ari is a professor of Tampere University, Faculty of Information Technology and Communication Sciences. In January 2000 Ari joined Tampere University where he had been Head of Department and Vice-Dean. Before that he held positions at the Lappeenranta University of Technology (Associated Professor, Professor, Dean) and the Helsinki University of Technology (Assistant Professor). Ari is a professor in signal processing. He has supervised over 200 research students and 16 postdocs, published over 200 papers and books with over 3,800 citations, given tens of invited talks worldwide.. During his career he has consulted for various companies including ABB, Agco, Nokia, and RapidScan. He has advised organisations such as the EU, and Finnish government agencies. Ari was awarded a Knight SVR R I for services to higher education in the 2015.

15:15
Future Trends in Global Higher Education: The impact of the internet of things, artificial intelligence and virtual campus on campus based universities
© World Technology Universities Network 2022