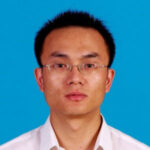 Professor Jing Na is currently also a Marie Curie IIF Research Fellowship holder from European Commission Research Executive Agency and affiliated with the Department of Engineering at the University of Bristol.

He received the B.S. and Ph.D. degrees from the School of Automation, Beijing Institute of Technology, Beijing, China, in 2004 and 2010, respectively. He was a Visiting Researcher at the Universitat Politecnica de Catalunya, Spain in 2008, and a Joint PhD Student at the University of Bristol, U.K from October 2008 to September 2009. He worked as a Postdoctoral Fellow in the ITER Organization (France) from 2011 to 2013. He has published more than 80 papers obtained more than 500 citations since 2010. His H-index is 13. He is serving as a Principle Investigator (PI) for one EU project (Marie Curie Fellowship), two national natural science foundation of China (NSFC) projects, one Royal Society-Newton Mobility Grant jointly supported by NSFC of China and Royal Society of UK, and several other research projects. His current research interests include adaptive control, neural networks, parameter estimation, nonlinear control and applications.