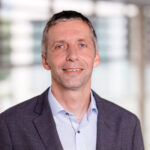 Kai-Uwe Sattler is the Vice President for Research of TU Ilmenau, Germany. He also leads the Database and Information Systems group at the Department of Computer Science and Automation of TU Ilmenau. He received his Ph.D. in Computer Science from the University of Magdeburg, Germany, and his Habilitation (venia legendi) in Computer Science from the same university. Before joining the TU Ilmenau in 2003 as full professor he worked among others in 2001 as a visiting assistant professor at the UC Davis, CA. His research interests include core database technologies, database architectures for modern hardware, and big data stream processing. He has published more than 200 papers in international conferences, workshops, and journals including several textbooks.