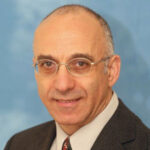 Professor Feigin was appointed in 2013 as the Vice President for Strategic Projects, a newly created position in which he is responsible for planning and oversight of Technion’s strategic projects overseas – in particular the Technion Guangdong project, with partners Shantou university and the Li Ka Shing Foundation. From 2007 through 2013, he served as Senior Executive Vice President, helping to forge the Technion’s partnership with Cornell University and its winning bid to build what is now the Joan & Irwin Jacobs Technion-Cornell Institute in New York City. A member of the academic faculty as well as the Senior Administration, he also served as Dean of The William Davidson Faculty of Industrial Engineering and Management from 1999-2002.

Holder of the Gruenblat Chair in Production Engineering, Professor Feigin is an authority on statistical design and analysis of experiments including genomic and clinical studies. His research covers three main areas: inference for stochastic processes (such as for time series or discrete event sequences); modern methods of forecasting and data-mining, in which he has created models that have been used to forecast electricity demand; and design and analysis of industrial experiments and clinical trials. His most recent research projects include statistical analysis of genetic association studies and analysis of customer patience in call centres.

Professor Feigin has extensive experience in industry. He has worked for Teva Pharmaceuticals as a statistical consultant, and he until recently served as the scientific director of TechnoSTAT, a data management and biostatistics company that provides services to the pharmaceutical and biotechnology industries. Together with Professor Ayala Cohen, he founded and headed the Technion Statistical Laboratory, which to this day provides a broad range of consulting services to academic researchers as well as to government and industry.

He has published over 50 scientific papers, is a past president of the Israel Statistical Association, and is an elected fellow of the Institute of Mathematical Statistics and of the International Statistical Institute.

He and his wife Naomi have 3 daughters and 8 grandchildren.