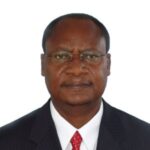 Professor Rwekaza Sympho Mukandala was born in Bukoba on 30th September 1953. He received his primary education in Bukoba and secondary education at Tabora School and Musoma Secondary School. Thereafter, he joined the University of Dar es Salaam in the year 1973 – 1976, where he obtained Bachelor of Arts (Hons.); (International Relations and Administration). In 1977 he was awarded a Master degree in Development Management at the University of Dar es Salaam. In 1988 he obtained a PhD. in Political Science at the University of California, Berkeley, and a Certificate in New Institutional Economics. He was awarded Peter Odegard Prize as the Most Distinguished Candidate for the Doctorate at the same University. Upon completion of his PhD studies, he returned to the University of Dar es Salaam in 1988 as a Senior lecturer in Political Science and Public Administration. Since then, he has held various academic posts to the current status, a Professor of Political Science and Public Administration. He teaches organization theory, public administration, democracy and elections. He is Chair of many institutions including: Research and Education for Democracy in Tanzania (REDET); Tanzania Election Monitoring Committee (TEMCO); and until early this year the Economic and Social research Foundation (ESRF); East Africa Uongozi Institute (EAFUI). He has also been President of the African Association of Political Science (AAPS), Dean of the Faculty of Arts and Social Sciences and Head of Department political Science and Public Administration. He was Chair of the Organizing Committee for the XIX World congress of the International Political Science Association (IPSA) Durban South Africa 2003. He has also served on the administrative council of the International Institute of Administrative Sciences. He has carried out research on Politics, aid and donors, and governance in many African countries. He has also consulted widely on these and other related issues for the Government of Tanzania, International Organizations and donors. He has published fifteen books and more than sixty articles in International and Local Journals. His latest books are Politics and Tactics in Public Sector Reforms: the Dynamics of Public Service Pay in Africa (Dar es Salaam University Press, Dar es Salaam 2005) with K. Kiragu and (co-ed) Justice, Rights and Worship: Religion and Politics in Tanzania (E & D Publishers, 2006). He is been the Vice Chancellor of the University of Dar es Salaam since 2006 to date.