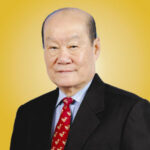 Professor Dr Wichit Srisa-an, Thailand’s former Minister of Education, is a prominent and respectable figure in the education administration, development, reform, and innovation in Thailand. He received a BA from Chulalongkorn University, Thailand and a PhD in Education Administration from The University of Minnesota, USA. Among numerous achievements that have earned him national and international recognitions and accolade, he established 3 universities in Thailand including Thailand’s first distance education university, Sukhothai Thammathirat Open University (STOU), and the first public autonomous university, Suranaree University of Technology (SUT) where he is currently serving as the Chairman of the University Council, and Walailak University (WU). Moreover, he is also the Founding President of the Asian Association of Open Universities (AAOU) and the Association of Universities of Asia and the Pacific (AUAP), to name a few. His other political services included appointments as Permanent Secretary of the Minister of University Affairs, Member of the Senate, Member of the House of Representatives, and Chairman of the House Committee on Education in the National Parliament. Professor Dr Wichit Srisa-an is bestowed the title ‘Father of Thai Cooperative Education’ by the Ministry of Education for his introduction of Cooperative Education as an education innovation to Thailand at SUT, which has been a model for other universities nationwide to follow. He also founded the Thai Association for Cooperative Education (TACE) of which he is at present the President. On the international front, he is invited to serves as an Executive Committee member of the World Association for Cooperative Education (WACE) and has delivered speeches at various Cooperative Education events. Recently, he established Engagement Thailand in collaboration with the Knowledge Network Institute of Thailand (KNIT), and is serving as the first Chair of Engagement Thailand. For this pioneering role, he has been invited to give keynote speeches and talks on university-community engagement both at national and international events.