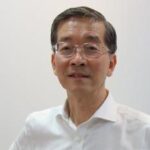 Professor Heng is the Senior Advisor to the President at National Taiwan University of Science and Technology, also known as Taiwan Tech. Previously he was a Vice President and Dean of the Office of Research and Development at Taiwan Tech. An engineer by background, YC has held a number of senior positions internationally, he is a: Former Vice President, Motorola, in the USA; Former Executive Director, Board of Management, Motorola, in Europe; and Executive Director, EICTA, European ICT Association. YC is also a Royal Chartered Engineer and a Fellow of IET, in the UK, and he was the Founder and the First President of the Chinese Institute of Engineers, UK. At the present, YC is focusing his efforts on international cooperation, building Taiwan Tech into an internationally renowned applied research university.