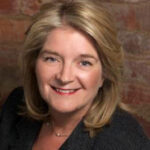 Shelagh Whittleston is the European Representative for Queensland University of Technology (QUT), Brisbane, Australia. She also undertakes some consultancy projects.

Shelagh has established a QUT presence in the office of Trade and Investment Queensland in the Australia Centre, London. Her role is to lift the institutional profile of the University through strengthening and further developing QUT’s strategic engagement in Europe, with universities, research institutes, government and industry partners in Europe and especially Germany, UK and France. She also supports the Vice Chancellor in organising QUT leadership and participation in key international education events.

Prior to joining QUT in 2015, Shelagh was the Australian Government Department of Education representative located in the Australian Embassy to Belgium and Luxembourg and Mission to the European Union. She managed the Australian education and skills relationship with the European Commission, the OECD and UNESCO. She also had responsibility for the bilateral education relationships with the UK, the British Council and other governments and associations in Europe.
Shelagh played an active role on the OECD Education Policy Committee and in November 2014 was elected to the position of Chair of the Committee by her peers from OECD Member States. She was a member of the OECD CERI Governing Board, the IMHE Governing Board and was active in the OECD South East Asia Regional Programme. She has recently been a member of an OECD expert panel to review the national education system in Chile.

Shelagh managed the establishment of the Australian Institute for Teaching and School Leadership (AITSL) in 2010. She became the Deputy Chief Executive Officer and contributed to strategic leadership and management ensuring accountability and arrangements for the new organisation. She was also responsible for the development of the AITSL professional standard for principals and school leaders.

This built on significant work in the policy areas of schools, teacher education and teacher quality where she led and contributed to national objectives including the Digital Education Revolution Taskforce, implementing a national policy and program for computers in schools across Australia and providing advice to Government on funding for government and non-government schools, a National Partnership on Teacher Quality and the development of national professional standards for teachers.

Shelagh has a very strong commitment to equity in education and in particular the education of young women and young people at risk. In 1999-2000 she led a Prime Minister’s Taskforce on Youth Pathways, managing a major consultation round with key community groups including the Salvation Army, state and territory education, health and welfare agencies, industry and parents, young people and the indigenous community. She developed a national transitions policy (school to work) and the first national careers education policy for students and school leavers.

Shelagh has worked on the personal staff of five Australian Government ministers responsible for education.