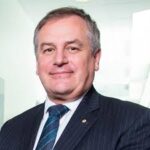 09:20
Technology and its role in the transformation of Higher Education
© World Technology Universities Network 2022