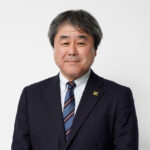 Professor Akito Takasaki received his Dr. Eng. from Tokyo Institute of Technology and his DSc. from Hiroshima University. His professional career started as a researcher at Japan Atomic Energy Research Institute and also a researcher at OECD Halden Reactor Project, Institutt for Energiteknikk, Halden, Norway. He then moved to Department of Mathematics and Physics, National Defense Academy, and has been employed at Shibaura Institute of Technology (SIT) since 1996. Now, he has been a vice president of SIT since 2021. He received a Medal Komisji Edukacji Narodowej from Ministry of Higher Education of Polish government in 2011, and the title of Honorary Consul from AGH University of Science and Technology, Krakow, Poland in 2017.

He was a visiting Professor at Department of Physics of Washington University in St. Louis (USA) and at Faculty of Energy and Fuels of AGH University of Science and Technology (Poland).

He has published about one hundred fifty scientific papers on mechanics of materials, and materials science and engineering fields. He was a trustee of Materials Research Society of Japan and an academic advisor of ASEAN University Network/Southeast Asia Engineering Education Development Network. Since 2021, he has been serving as a chairman of board of directors of Japan University Consortium for Transnational-education, where he promotes international higher education in Japan for students from southeast Asian countries.